Only today did I find out about ABEA 2015 from fellow book blogger Juli when she commented on yesterday’s Teaser Tuesday post… I’m going to try and participate. Try being the key word, as this week is already insane.

Here we go! Day One of Armchair BookExpo America is an introduction.

~Tell us a bit about yourself: How long have you been blogging? Where are you from? How did you get into blogging?

I’ve been blogging since the years when Myspace was all anyone used. But this specific blog has been around for almost 3 years now. My first post was in September of 2012… and the blog has gone through oh so many changes since then. At first, it had the ridiculous title of “Sometimes Tara, Always Bug.” It changed last year to “The Temperamental Author” until a few months ago when I decided to overhaul everything again. Now, it is An Imaginative Medley. My new domain (imaginativemedley.com) still redirects to the original domain (taralei.me).

Lately, I haven’t posted as often as I would like, due to huge life changes, such as finally living in an apartment of my own, and having a job. I’m originally from Alton, Illinois, the Most Haunted Town in America. I’m dead serious. 😉 It’s the best town ever. I love the history. The tallest man in the history of the world is also from Alton. That used to make me disappointed when I was the shortest kid in my grade for all of my elementary school years. Nowadays, I live just south of Nashville, TN. There’s a lot of history here, as well. And music. (And not just country music! Get that stereotype out of your head!) 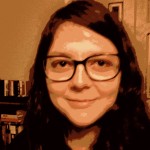 I got into blogging because I’m a writer, and it’s an awesome way to share my own story, and help others share theirs. I’m much better at stating my thoughts by typing them out than voicing them.

~If you were stranded on a deserted island, what author would you want to bring with you? Why?

I’m torn between GRRM and JKR.

Can I bring both? They’re both my novelist inspirations because of the depth of the worlds they’ve created. I definitely want to meet both of them… and if we were all trapped on an island, think of the amazing fictional world that would be created by putting them together with all that free time!

~What is your theme song? 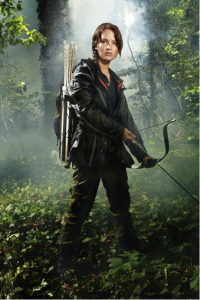 It’s difficult to pick just one. But my theme song lately is definitely…

This song has been on repeat on my iPod almost constantly in recent days. And Lorde wrote it from Katniss Everdeen’s POV. It’s relatable to me, and it fits with this being a post for a book expo that I’m attending from my own chair. 😉

And since ABEA 2015’s theme is Diversity: Ignorance (A Rant About The Controversy Over Super Bowl Ads)

~What does diversity mean to you?

Diversity means being surrounded by people of every race, gender, religion, sexual orientation, whatever… and seeing those differences, but not worrying about it – just accepting it, and loving everyone for their differences, as well as what makes us all the same.

We’re all human. We’re all just hoping for our future to continue to grow brighter. 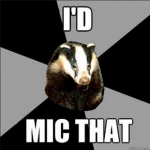 And then runs back on stage to gently recover it…
I now potentially owe a lot of money to whomever I rented this mic from.