Last summer, I was intrigued to see a book on my Before 25 Book Bucket List popping up in the local and then national news. I began clicking the titles, and was once again disappointed in my current home state.

The book was The Immortal Life of Henrietta Lacks. It was making news because some parents wanted to ban what they deemed a “pornographic” book. Not yet having read the book, I knew they were being ridiculous. The book was the true story of a woman whose cells became the first immortal human cells in living history, and her family. 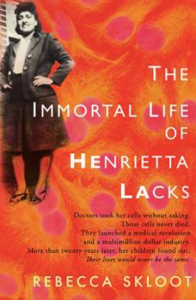 Doctors took her cells without asking. Those cells never died. They launched a medical revolution and a multimillion-dollar industry. More than twenty years later, her children found out. Their lives would never be the same.

END_OF_DOCUMENT_TOKEN_TO_BE_REPLACED

As someone who has been writing stories since I was able to form sentences with a pencil, I have many favorite authors and creators, but I have a very select list of “writer role models.” 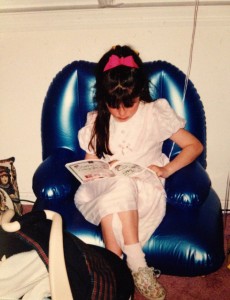 In 2002, as an eleven year old bookworm struggling with depression, I read about J.K. Rowling and her determination to get Harry Potter written during difficult times. While anxiously waiting for the next book (Harry Potter and the Order of the Phoenix) to be released the next year, I threw myself into writing stories so that I could be just like her. In more recent years, learning how much more there is to the Wizarding World than what I originally read or saw on the big screen has only cemented J.K. Rowling’s spot on my list.

In 2009, when I was away at college for the first time, my friends introduced me to Joss Whedon’s Dollhouse. That first year of college was a struggle, and some of the best moments were when I would curl up on a couch in the common area with my friends to lose myself in Echo’s story. I quickly became obsessed with finding anything created by Joss Whedon, and I admire the way he is able to craft stories that take your mind, as well as your emotions, on crazy adventures.

In 2013, while struggling with once again having moved away from everything I knew, I was introduced to A Song of Ice and Fire & Game of Thrones. The depth and detail of George R.R. Martin‘s world amazed me, and he quickly became my third writer role model. 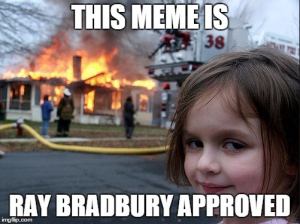 Ever since reading Fahrenheit 451 in a literature class as a high school junior, Ray Bradbury has been one of my favorite authors, and one of the people I quoted most often. Yet, somehow I didn’t “officially” add him to my list of “writer role models” until the end of 2015, when I finally read Zen in the Art of Writing.
END_OF_DOCUMENT_TOKEN_TO_BE_REPLACED 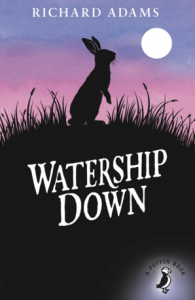 You know how you let yourself think that everything will be all right if you can only get to a certain place or do a certain thing. But when you get there you find it’s not that simple.

Authors have the power to move their readers and teach them lessons that might not be as well taught otherwise. There have been many novels over my almost 25 years that have entertained me while giving me a deeper understanding of life, and Watership Down is now one of them. END_OF_DOCUMENT_TOKEN_TO_BE_REPLACED

When I finished reading Kazuo Ishiguro‘s first novel, A Pale View of Hills, I closed it and set it on my bedside table, feeling quite confused. When I woke up the next morning, feeling refreshed and more clear-headed, I went over the final pages of the novel in my mind, and whispered, “Holy shit!” as the story fell into place.

Kazuo Ishiguro is one of my favorite novelists. Back in 2013, I first read Never Let Me Go, which blew my mind just as much as this one has. He writes about relatable issues in such a subtle way that you often don’t realize what you’re reading about, until one carefully-placed line throws everything into perspective.

END_OF_DOCUMENT_TOKEN_TO_BE_REPLACED 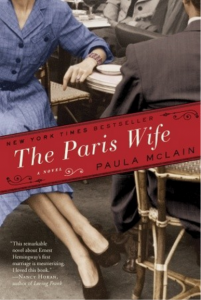 If you are lucky enough to have lived in Paris as a young man, then wherever you go for the rest of your life, it stays with you, for Paris is a moveable feast.
-Ernest Hemingway

When I put down Paula McLain’s novel, The Paris Wife, I was saddened by the ending, even though I had known the story would end that way. The sadness evaporated into awe when I thought about the fact that this romance was a true story, and that the quiet yet strong main character, Hadley Richardson, was Ernest Hemingway’s first wife out of four.
END_OF_DOCUMENT_TOKEN_TO_BE_REPLACED