The best fictional characters are ones that the author imbues with people or things that surround them in real life.

When I was first writing, the stories that I wrote had characters that were my friends and I. As I continued to grow older, though, my characters were no longer exact replicas of the people I knew. In “Nightmare Forest,” the first book I wrote just for the pleasure of creating, my characters had their own names and personalities. When I described them, you could picture them as a unique person, even though you’d never seen them. I had grown in my writing abilities – but every single character had a piece of someone that I knew, and almost all of them had a part of my personality.

People are never one-dimensional, or even just two-dimensional. They are never the “ideal” man or woman that you will read about in many books. That’s why I think the best characters are created when you take bits that you know about several different real people, and combine them into one person, making them someone you’ve never met.

Unlikely heroes have always been some of my favorite characters. So much so that in my every day life, if I see someone who looks extremely ordinary out and about, I begin picturing their amazing life that isn’t obvious to anyone else. In “Nightmare Forest,” my main character, Tori, begins her story when she’s 6 years old. Her dog, Muddles, runs into the local forest that no one ever returns from. 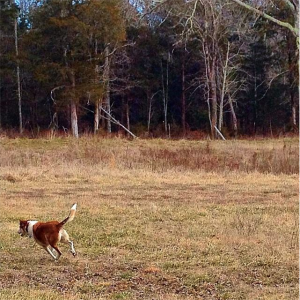 Tori cried out and leapt to her feet, dropping her peanut butter and jelly sandwich in the grass. Ms. Bayou grabbed her arm, restraining her daughter.
“He’s a dog, he can protect himself!” She felt Tori go limp and sighed with relief… until Tori yanked free, snatched a butter knife off the top of the picnic basket, and began racing towards the tree line.
“He’s my best friend, Mother! I have to save him! I’ll be back, you’ll see!”
“Tori! Tori! No!” Ms. Bayou screamed as she struggled to her feet. But her daughter had already reached the the trees. She stared as Tori stopped and turned back, standing at the edge of the forest as her tangled red hair blew in the wind, and her bright, green eyes shining with defiance.
At this moment, I am the only person who can see that she is scared, Ms. Bayou thought, and beckoned to her little girl. She saw the fear drain out of Tori, and she turned again and ran into the forest.
Ms. Bayou stumbled into a panicked run, only to be stopped by her neighbor, who pulled her into a hug, murmuring soothing words, the worst of which was, “All we can do now is pray…”

Her own mother never expected her to do something as reckless and brave as Tori did in that scene. Granted, she was six years old, but that scene set a precedence for her future personality. (Also, this is a heavily edited portion of my book. The original version isn’t that well polished. I was 11 when I originally wrote that scene.) 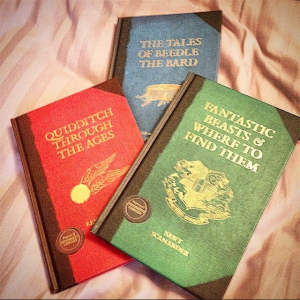 In my first ABEA 2015 post, I mentioned that JK Rowling and George RR Martin are my novelist inspirations. JKR’s characters are based on real people. I should know, as one of my former professors taught JKR and influenced her character, Newt Scamander (yes, the author of Fantastic Beasts and Where to Find Them). (You’re the best, Mr. N!) GRRM’s characters are so realistically written that I have teared up over even some of the most hated character’s deaths, because they’re all written to be seen as human beings.

Diversity makes the best characters – in things such as race and gender as well as personality traits. None of us are the same, so why would fictional characters all be written as “ideal, perfect” people? That’s not fun to read about at all.

This post was inspired by one of today’s ABEA 2015 topics, “Character Chatter.”