As a young girl, I would skip and walk comfortably through public places, smiling at everyone I passed and allowing myself to get distracted by what was happening around me.

As a woman in my mid-twenties, I walk purposefully and stare straight at ahead, headphones on so that I have no reason to react to strange men who believe I need to know what they want to do to me. 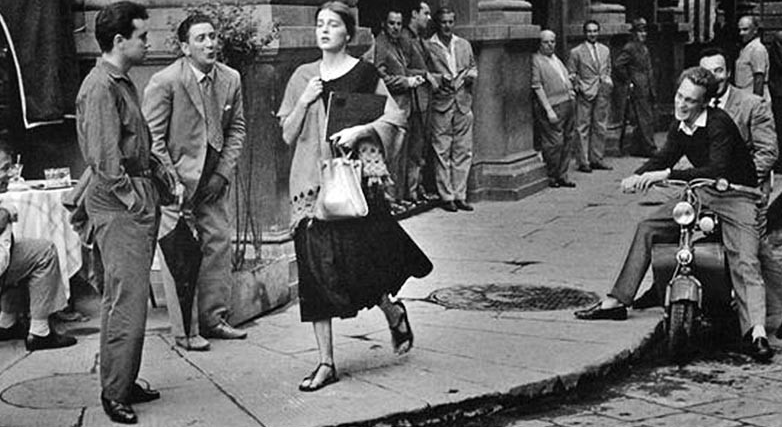 As a teenager, I was comfortable asking the nearest, non-busy person for directions.

As a woman traveling on her own, I seek out slightly older, motherly-looking women if I am lost.

One of the only things I have not learned to fear as a grown woman is using a public restroom. 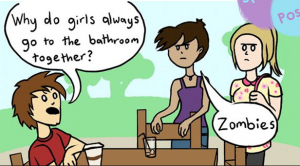 As far back as I can remember, I was an oddly non-stereotypical girl. I didn’t want to go to the bathroom with a group, or even in pairs. I would grudgingly go with my friends if they asked me to. I was perfectly fine with just getting up and finding my way to the restroom on my own when out with friends. The only thing that ever scared me about public restrooms was when I would be somewhere with automatic toilets as a child. I was tiny – at times, not big enough for the sensor to realize someone was still sitting there. I would start sobbing if an automatic toilet flushed while I was still sitting on it, worried that I would be flushed down the pipes. Obviously, that was an irrational fear, and I eventually got over it.

When someone tells me they are scared that their daughter will never be able to safely use a public restroom because transgender people can now use them, I do not think they know what they are talking about. At all. 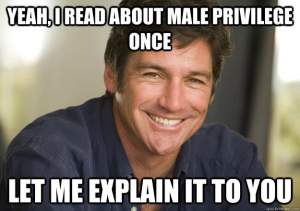 Most people who are wanting to pass hateful bills that would keep transgender people out of restrooms for their identified gender are men claiming they want to protect young women and girls, yet females have much more reason to fear the men who are saying these things than to fear transgender women.

Along with all of that fear-mongering, one of the biggest misconceptions I have seen is that people believe “transgender” means the same thing as “crossdresser.” 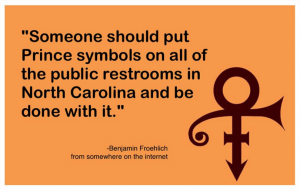 In the simplest terms… A crossdresser is someone dressing to deliberately look like someone of the opposite gender, either for fun or comfort. (Some men enjoy wearing skirts instead of pants at times, get over it.) A transgender person fully identifies as the gender opposite from what they were assigned at birth, and it’s a full-time identity – not an experiment in a costume. A transgender woman is a woman, despite not having been born with the hormones to grow breasts. A transgender man is a man, even if they weren’t born with testicles. It can go even further than that, too – some transgender people don’t identify as either male or female.
(I am nowhere near qualified to write about all the aspects of transgender identities, so please click here to learn a bit more, and then use Google to your heart’s content.) 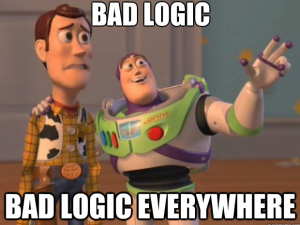 I’m much more comfortable with the idea of using the same restroom as a woman who was born with a penis than the idea of walking next to a man who has a pistol concealed under his jacket; yet the same people who are telling us that it should be illegal for transgender women to use the women’s restroom are the ones who claim gun regulations wouldn’t work because “criminals don’t follow the law.”

It’s a dangerous world, and feeding these unwarranted fears is ridiculous. There are many things that women and girls have proven reasons to fear… and then there are things that privileged men want them to be scared of, in order to tame their own fears and insecurities and boost their masculinity.

Transgender people are humans who have the same needs as everyone else. Let them pee in peace.